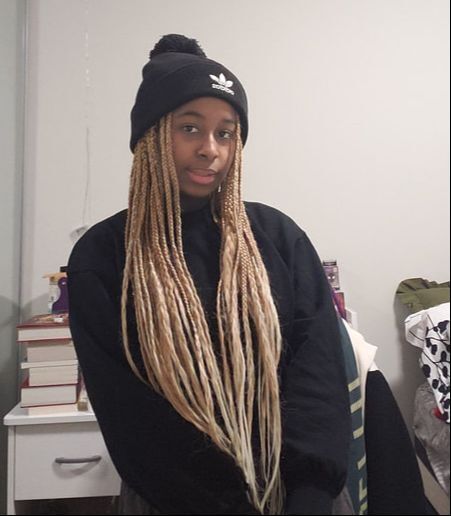 Jaidah-Leigh Wyatt
Beta Reading TL External
​
Jaidah-Leigh Wyatt is a Canadian-Jamaican film student, currently studying Media Arts at York University. Since joining TYWI as an editor in the summer of 2020, she has continued to aid it in reaching its goal of helping young writers everywhere while slowly making her way through the writing world.
A passionate writer from birth, she enjoys meeting new people, reading, playing the flute and watching movies and television. Her words are meant to make people think and to give voices to untold stories. She particularly enjoys writing horror and psychological thrillers and loves the works of Stephen King. To her, there is something about subverting readers' expectations that is fascinating. Usually, she spends her days working on a to-do list, writing on her laptop or burying herself in a book (or so she says).